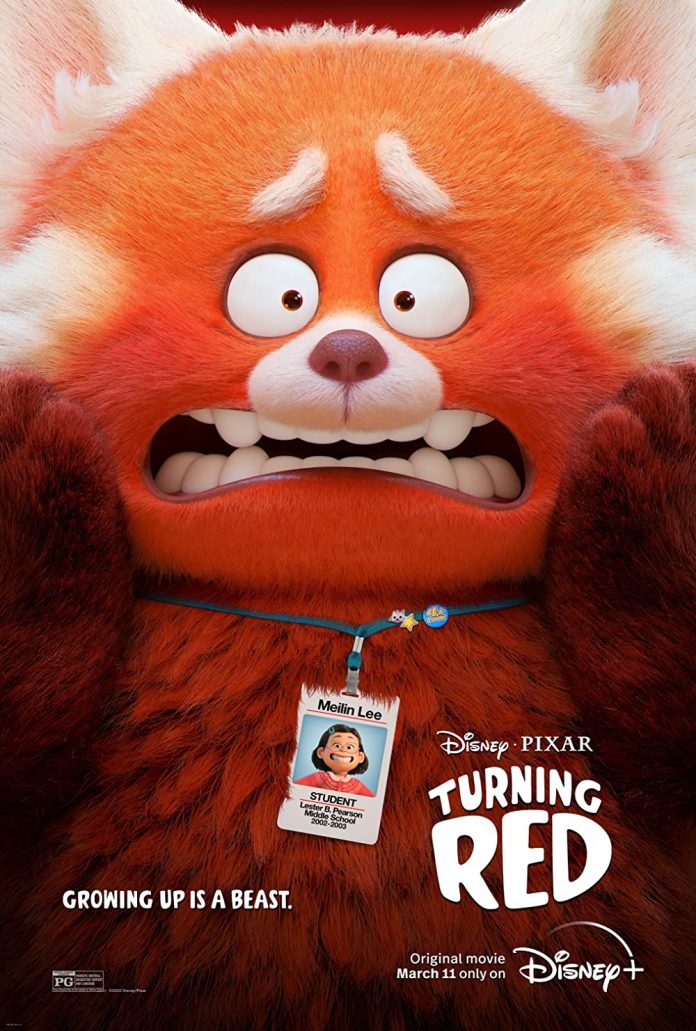 Warning, spoilers for the movie Turning Red exist within this article.

Who would have thought that a giant red panda would be the perfect parallel to the wonderful weirdness of a 13-year old girl?

Directed by Domee Shi, Turning Red is an excellent rendition of a young girl’s battle with her own personal thoughts and emotions. Sticking to her themes of motherly love and growing up as the creator of Pixar’s short Bao, Turning Red is the first Pixar movie to be directed by a woman and the second to feature a main character of Asian descent.

Turning Red is an excellent representation for young people of color struggling with generational trauma and family issues. As an Asian person myself, I could connect with Meilin’s emotions as the movie progressed.

Turning Red is a prominent turning point in Pixar cinematics. With the large diversity of the characters in the movie, the viewers feel a sense of inclusivity. Included in the movie were many people of color from different backgrounds, which is relatively new for Pixar movies.

According to Shi, achieving diversity in films requires a large amount of attention and detail but is important for people to feel included.

“Diversity in the background [of scenes] is hard to do because you literally have to build different hair, different body shapes and different faces,” Shi tells Cinema Blend. “[The team] will come in with opportunities like ‘What if we had a person in a wheelchair in this shot’ or to make sure that in our sets we have ramps going into the temple.”

Disney and Pixar have been working hard to include more people of color in their films, evident in the hit movie Encanto released in November of 2021. Similar to Turning Red, Encanto had a complete POC cast along with the theme of generational trauma as well.

Generational trauma is a very prominent theme in Turning Red. The movie explores how tremendously parents can effect their developing children. In the movie, Meilin’s mother, Ming had a fall-out with her protective and overbearing mother over Meilin’s father. She then seals away her inner red panda and continues to raise Meilin the same way her mother did — overly watchful and domineering. On numerous occasions, Ming followed her daughter to school and watched Meilin through the school windows. Additionally, she found Meilin’s doodles of Devon, a guy Meilin had a crush on, and showed the drawings to Devon himself. This event led to Meilin’s emotions to overflow, causing her red panda to emerge.

In Ming’s eyes, Meilin is the perfect child to an Asian parent — she respects and honors her parents, and she gets good grades in school. However, when Mei’s panda appears, she struggles to hide her alter ego from her mother and her friends. This plan becomes unsuccessful, and her classmates at school soon find out. As a way to raise funds for 4Town tickets, Meilin markets her panda self to her classmates. She and her friends sell merch and photos, and the other children willingly spend their money. Everything goes downhill once Meilin’s mother finds out about her secret plan. Ming discovers all the merchandise Meilin has been selling and becomes extremely angry at Meilin. This leads to the main conflict of Turning Red. Meilin temporarily loses her friends because she could not betray her mother — imagine just how disappointed and angry Ming would be if Meilin sided with her friends. Later on, when Meilin refused to give up her red panda form during her ritual, her mother’s large and monstrous panda form broke out due to anger at Meilin. Everything soon gets resolved once Meilin’s grandmother and aunties join the ritual in their respective panda forms to turn Ming back to normal. The movie ends on a happy note, with Meilin keeping her panda persona and continuing to bond with her family and friends.

Turning Red is an exceptional movie that practically everyone can relate to, whether they are a young Chinese-Canadian girl or not. It goes to show that freedom is found in your true self, and that overflowing emotions are a normal part of growing up and should never be repressed.