Eye of the Editors: A Remote Learning Meltdown 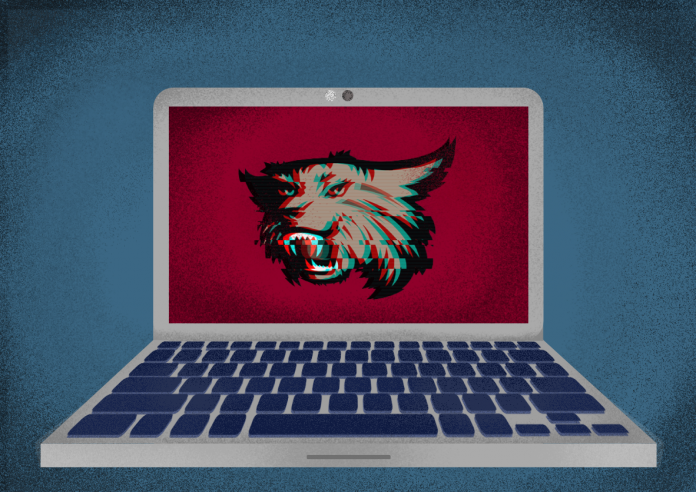 Some days, I just want to drop everything and become a TikToker.

High school students in the Hacienda La Puente Unified School District are required to receive 240 minutes, or four hours, of virtual instruction each day. This does not include time spent on homework, studying for tests or participating in extracurricular activities. With all the chaos, becoming a pseudo-celebrity seems less headache-inducing than staring at a screen for five hours straight.

It is undeniable that the pandemic has made a wide impact on schools around the nation. According to the U.S. Census Bureau’s Household Pulse Survey, nearly 93 percent of households with school-age children were engaged in some form of “remote learning.” While the country is steadily recovering from the pandemic, the underlying stress caused by distance learning this year is a topic that should not be swept under the rug. Whether distance learning will cause a reckoning of our education system is still up to debate, yet the pandemic reveals some underlying issues that have been around our school for a long time that need to be addressed.

Back in November, Wilson’s Student Senate released Canvas surveys asking students “what specifically, do you find overwhelming about distance learning?” With a 94 percent majority of students stating that their workload ranged from “moderate” to “heavy,” it seems that there is much to be done to combat Wilson’s student body’s schoolwork dilemma. Eventually, the Wilson administration implemented distance learning parameters that were presented during Homeroom as a way to regulate student work and improve student-teacher communications.

Nevertheless, even after these parameters were implemented, 61.7 percent of students reported that their workload “stayed the same,” according to recent Student Senate data. It seems, at least for the time being, that a lack of clear communication is the culprit.

“I don’t know that there are any policies on how to assign work; there were recommendations based on student feedback,” said sophomore English teacher Monica Yep.

These “recommendations” prompted mixed reactions from a host of teachers across campus. Some turned a blind eye, choosing to continue old practices while others changed their assignment policies. In Yep’s class, work assigned on Tuesdays was previously due on Sunday, giving students the whole week to finish. However, after distance guidelines were released, Yep felt compelled by student feedback to make an adjustment.

“Students wanted it to be due the next class meeting like they were walking through the door with that assignment. That’s my understanding of what the students wanted. That’s what was communicated to us. Now, if something is assigned Tuesday, it’s due Thursday,” Yep said.

Unsurprisingly, this change in policy didn’t sit well with everyone in the student body. Some students like sophomore Kennedy Brown felt that they were given less time to complete the assignment than before.

“Overall, I prefer Sunday: the Tuesday/Thursday [due date] works for things we do continuously like our Frankenstein reading, but since writing takes longer to complete, I would do it better than if I would have done it in a shorter amount of days,” Brown said.

The “no weekend” due date guideline shouldn’t be forcing students to finish their work in a tighter time interval. Rather, its purpose was to allow the stressors of school to remain, as seen pre-pandemic, during the school week. Instead of actual policies to hold teachers accountable, the only thing holding the fragile structure of our new learning system together are “recommendations.” This lack of initiative to strictly enforce distance learning parameters which could release some stressful burdens off student’s shoulders is disappointing to say the least.

A common myth is that because students are stuck at home we have more time and resources to do our work. However, to put it nicely, that is so far from the truth that its weave has been snatched. It is reductionist to say that student’s have a “choice” to allocate more of their time on schoolwork than personal duties; even if it wasn’t, the school still adamantly recommends that students maintain their involvement in clubs, organizations and more.

“I haven’t met a single person from school that I didn’t already know from last year. No one talks in breakout rooms, so we don’t actually socialize,” Arteaga said.

Having class online, Arteaga said, is frustrating because it’s harder to retain information. Last semester, she was up until 4:30 AM struggling to adjust to a heavier workload without the usual school support. Pre-pandemic, Arteaga would go to the library after school to finish any homework that couldn’t be done in class and to use the printer. Those opportunities, once considered routine, are now a faraway luxury. Broken printers and teachers who don’t bother to glance at the chat for questions have left so many students, freshmen especially, feeling stranded.

“My friends and I made a plan in eighth grade, back when teachers began to talk about high school. We would make a study group, go to band and go over homework for classes we had together: that was the plan,” Arteaga said. “Now, I use Discord to study for Spanish. It’s tiring because I’m not that type of learner.”

Students aren’t the only ones struggling. Teachers are classic middle management quandaries where they are not given authority to make any decisions yet are often the first to receive blame. In fact, teachers were only given a few weeks before school started to tune in to brief training for Canvas. Some teachers already knew how to operate the platform, while others, like Yep, weren’t as familiar with the system. More than six months into distance learning, Yep is still “actively looks for responses during Zoom to check students’ understanding” and uses techniques like sending questions in the chat in order to clarify information.

Of course, what would distance learning be without everyone’s favorite non-profit, College Board. With new changes to national and international testing by the College Board, Advanced Placement (AP) test scores hold an even greater weight during college admissions. This year’s exams take a very different approach towards AP testing: 3 different testing dates and locations which are to be decided by the school.

Robert Rogan, or if going by his Zoom nickname “Robbie Rogan,” spent hours in front of his computer over the summer prepping lesson plans and preparing for the onslaught of an unprecedented year of e-learning. As an AP U.S. History teacher, Rogan understands that students are anxious to receive updates on AP Testing. The College Board sends teachers emails sporadically, Rogan explained. Sometimes there will be three emails in a day with updates on lesson plans, sometimes days can go by without an update.

“While I think there are areas of improvement for planning and communication, the information dispersed by [College Board] to the administration has been consistent for us to plan ahead,” Rogan said. “From the changes made in AP exams, there is some effort to put the student first.”

Of course, the distance learning approach is not without its flaws. Teachers are given only two days a week to instruct students and teach them an entire school curriculum within a shorter time span. With unpredictable glitches and internet shortages caused by windier than usual California weather, missing 20 min of class today due to tech issues is the same as missing half a week of in-person learning. This creates a large deficit in learning that has to be filled by students: either that, or we risk falling behind.

Access to technology (or lack thereof) has a large impact on student success during distance learning. However, the transition from an in person to an online learning environment didn’t happen gradually. The stocky chromebook carts that hit classrooms last year came too late for some classes, making it harder for teachers to adjust their materials to fit the online environment. Subject departments across the campus each had their own struggle. According to Rogan, the history department didn’t have technology until late in the year and the media center was usually occupied which made it more difficult to adjust to digital lesson plans.

“I received laptops in November, which was weird as some classes had laptops for years. With this pandemic, hopefully the district starts making technology in classrooms a priority,” Rogan said. “I believe integrating technology will be useful in the long haul and open up new opportunities in the classroom.”

The lack of computers nods to an idea that emerged even before distance learning; perhaps greater funding for all subject departments needs to be considered. Especially because students have started to communicate more with teachers through emails while parents are also able to easily track their child’s progress through Canvas. In that sense, when teachers and students utilize the inner brigs of these online resources, communication can actually improve.

This year the student body received a slap in the face: a real-life expectation versus reality, distance learning edition. We wake up. Eat food. Stare at Zoom for hours. Go to sleep. Then we repeat the process all over again. It feels like the same day, but 365 times. Nevertheless, a handful of students including junior Dominic Tran believe that some positives have emerged from distance learning.

“While motivation is always a challenge, online learning has helped me improve my time management skills,” Tran said.

“EoTE: A Remote Learning Meltdown” is the first part of our GAWHS Distance Learning Series.

It is more important, now than ever, for students to support other students. Support student run coverage of distance learning at Wilson HS by following Paw Prints Weekly on Instagram, Twitter and Facebook for updates.

Amid omicron surges why are we turning our backs on distance learning?

The gun crisis in America is exponentially worsening: who must be held responsible?

The flaws of the U.S. justice system: the Ahmaud Arbery trial