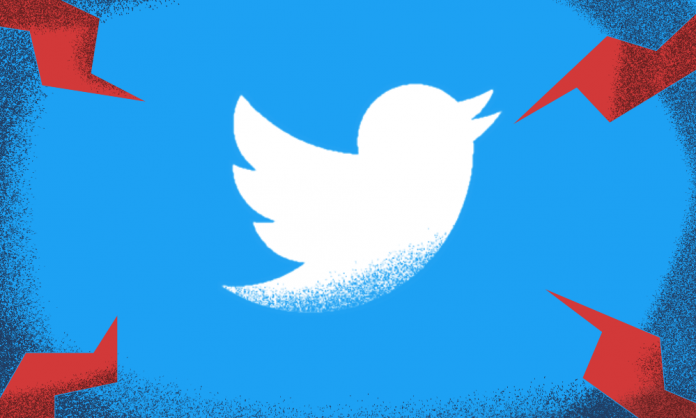 It’s a head-turning experience: seeing one of the world’s richest individuals take over one of the largest social media networks in the world…in the name of freedom of speech.

On Apr. 4, billionaire Elon Musk disclosed to the public that he had bought 9.1 percent of Twitter, becoming the social networking service’s largest shareholder. Twitter CEO Parag Agrawal responded by offering him a position on the board, an offer that would cap him to 15 percent of shares of the company. At first, Musk accepted the offer, with both men looking forward to a prosperous partnership to improve the company’s future.

However, plans quickly fell apart when Musk backed out and updated his offer to buy Twitter for $54.20 a share in a filing last Thursday, valuing the company up to 43 billion dollars. In other words, Musk is serious about the acquisition.

It is ironic, to say the least, that Elon Musk, who is a proclaimed “freedom of speech” advocate, one of the first amendments of the United States, is going against the core value of democracy—as Abraham Lincoln would put it, “government by the people, for the people.” If somebody can just waltz in and change everything because they have a lot of power or money, what is the difference between a free enterprise and an oligarchy?

In a span of two weeks, Musk has stirred chaos at Twitter headquarters. Investors, employees and users anticipate how the future of the company will change — and that is not okay.

As one of Twitter’s most persistent users and critics, Musk’s investment fiasco is a case for questioning. Twitter, compared to other social media companies, is not an
“ideal prospect” for investors due to its inability to acquire billions of users like Facebook or grow its advertising prowess like YouTube. Even so, Musk’s 43 billion dollar bid on the company showcases there is potential, indirectly attracting another pool of investors eyeing Musk’s next move.

Admittedly, Twitter makes sense for Musk as the service is critically acclaimed for its openness in allowing online communities to gather freely for discussion with much more room to grow in all sectors. But with Musk, it is difficult to tell if he is serious or joking — or both. The billionaire’s justification for this hostile takeover is because of the site’s potential “to be the platform for free speech around the globe.” As a “free speech absolutist,” or so he calls himself, Musk has consistently voiced his desire to allow more freedom for users on Twitter. But unlike the average Twitter user, Musk has the power, or 264.6 billion dollars, to make the change.

But, whether his intentions are good or not, the fact still remains: the people, especially employees, are concerned.

According to an NPR interview, one Twitter employee said, “the culture [at Twitter] and this platform deserves to be protected. Our democracy is more important than a payout.”

Many employees stated their concerns to Agrawal, describing the situation as almost “hostage-like,” as they were concerned over the possibility of layoffs if a hardened businessman like Musk were the head of the company. The board’s response? More than inadequate.  In a Thursday staff meeting, Agrawal has claimed that Twitter’s board is considering Musk’s offer and will act in the best interest of the shareholders. However, this vague statement only leaves room for panic with the “improvements” Elon has planned in his tweets, from getting rid of ads, turning the network into a paid service and converting the company’s San Francisco HQ into a homeless shelter. Employees are being entirely left in the dark, with 68 percent of 232 employees who disapprove of the changes Musk has in mind.

However, the future does not seem so uncertain. According to Macrotrends, Musk’s offer might not cut the deal. Although 43 billion is greater than the company’s current market capitalization of nearly 37 billion, it is still far less than the $61.3 billion Twitter was worth at its height in February 2021.

Additionally, action has been taken against Musk’s aggressiveness. On Apr. 18, Twitter’s board issued a “poison pill,” or a shareholder rights plan, a move to defend the company against Musk. The pill will essentially increase the total amount of shares in the company, decreasing its value and making it harder for an individual or group to acquire all the company stock. Essentially, if Musk attempts to expand his stake to 15 percent, the pill will be enacted, and he will be required to deal with the board directly. It is a tactical move that allows more time for the board to ponder over his offer. But, many of us are left with more questions than answers, such as: is Musk really going to pay for all the diluted stock? What hidden cards is he exactly hiding? Surely, the board will not take his offer, right?

Unfortunately, reality is often disappointing. Musk’s position makes it difficult for the Twitter board to refuse. Even if his attempt fails, his actions have brought the interest of many potential investors or companies, from Disney to Salesforce. But, there’s also a slim chance that Musk’s old-time enemy, the Securities and Exchange Commission (SEC), could come into play. After his brief scuffle over a tweet in 2018, Musk had agreed under a consent decree not to make any false claims about the buying or selling of stocks in order not to manipulate the market as an influential figure. So far, nothing yet from the SEC.

With that said, Twitter needs to take immediate action to calm employees in case a transition does happen. Oftentimes, transparency is essential to keep the peace. This is not just a simple exchange of ownership but an alarming example of how money’s prowess could be more important than people’s lives.

Withholding classified documents– when will it ever end?

Xi Dynasty China: will it ever end?

The American Dream— what does it really mean?