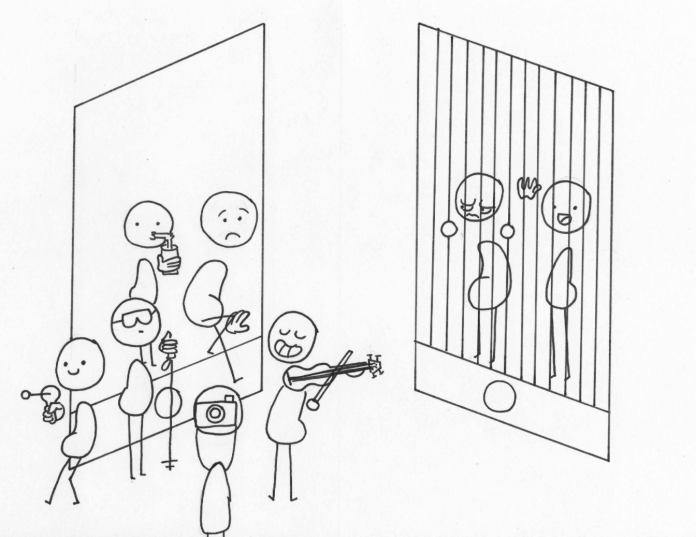 While Eileen Gu is posting duck-faced selfies, the rest of China is in flames over the 18-year-old and social media privileges.

Recently, a gold medalist named Eileen Gu, who is born to a Chinese mother and an American father, competed for China in the 2022 Olympics, taking silver in Women’s slopestyle·Freestyle skiing and gold in both Women’s halfpipe-Freestyle skiing and Women’s big air.

However, despite her accomplishments, there are still many Chinese citizens criticizing her for being unaware of her privileged status after comments she made about internet freedom in China.

This all started when a user commented on one of Gu’s Instagram posts before she won the gold medal in the women’s Freeski big air event last week. “Why can you use Instagram and millions of Chinese people from the mainland cannot,” according to a now-deleted screenshot of the text.

But is it the responsibility for Gu and these athletes to use their social media platforms to speak up for those who don’t have access to social media?

The point that the social media user is trying to say is the fact that most major Western news sites and social media apps like Twitter, Facebook and Instagram are blocked outright in China. China’s Internet censorship is more comprehensive and sophisticated than any other country in the world. The government blocks website content and monitors Internet access. As required by the government, major Internet platforms in China established self-censorship mechanisms. As of now, more than sixty online restrictions have been created by the Government of China.

However, some Chinese, including several Olympic athletes like Gu, can tunnel through the digital border using a VPN, or virtual private network.

Nowadays, VPNs are increasingly difficult to gain access to in the mainland, and the Chinese authorities have punished citizens who have used the technology to scale the system of state-controlled internet filters known as the Great Firewall. Because of this many people in China are not able to access and enjoy the freedom and privileges that Gu has, despite her being part Asian.

What’s more, Gu, who has also modeled for Louis Vuitton and other luxury brands, has repeatedly dodged questions about whether she renounced her US citizenship to compete in China, which doesn’t allow dual citizenship.

People with fame and power such as strong athletes like Gu should not use their special access to social media to speak up for those who do not have access to social media because not everyone is the same, and each and every person has different opinions on the position they are in. For example, while it has been said that some people in China hate over-censorship, there are also people in China that are defending it and also saying that it is the best for the country.

One of the major disadvantages to internet censorship is that it limits not only the accessibility of information but also the freedom of expression. When freedom of speech is restricted, people will be afraid of speaking out about evil practices in society. In the name of blocking harmful information, censorship restricts real information that empowers local communities. The lack of access to truths often leads to ignorance.

There are also some positive advantages to internet censorship. Things such as  National Security, Government agencies know that information sharing on the web can threaten national security. Sensitive content, including numerous videos of military movements and tactics, posts about proprietary economic information, or other compromising details can put our country at risk. Besides government safety, it also helps protect everyday people, from the dark things on the internet like illicit drugs, Sexual assault, Sex trafficking or Identity theft.

I think that while limiting some things on the internet would be good for the people, there is still a line drawn between “protecting” to “forcing” in pursuit of their own self-interest. In China, government officials claim that they do this for the “safety of the country and the citizens by saying that it has helped decrease the rate of terrorism and rebellion from groups. In reality, what they are saying is that we do not want to be challenged by the people and to further strengthen the government’s power and control.

Another fact is that Gu is 18, meaning that she is an adult with responsibilities. If she was under 18, still a teen, it would be wrong for these social media users to be criticizing and attacking her; However, the point remains that she is 18. She is responsible for the things that she does and says, more than any other person because of her status as a great Olympic player.

In conclusion, the situation with censorship in China is not that great, but there is really nothing you can do about it. I think that both Gu and the social media user have part of the blame, because the user started all of this unnecessary drama, while Gu answering back with something that is highly illegal in China just adds more fuel to the fire.

Xi Dynasty China: will it ever end?

The American Dream— what does it really mean?

Genetic Genealogy– how it led police into apprehending the Idaho Killer