An Inside Look From Our Fall Sport Captains 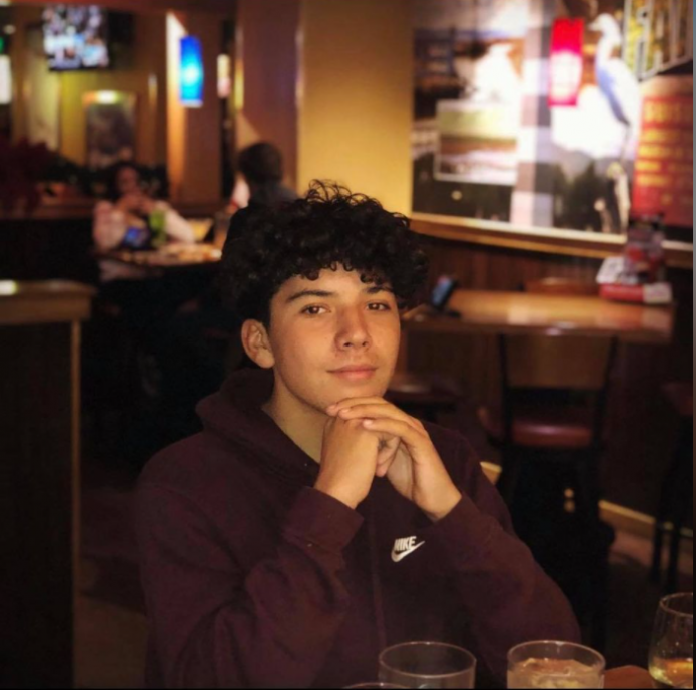 Spencer Howard (12)
Have you had the ability to train in a pool while away from campus?
“I have been able to train in my pool at home. I have a goal [attached to my pool] but I ended up breaking it by taking too many shots [during quarantine].”

What is the biggest challenge you are currently facing this year as captain, and how do you intend to overcome it?
“The biggest question we have right now is our new coach. Figuring out how she plays the game and leads a team with all the challenges and adversity is definitely going to be a difficulty.”

What have you missed most about water polo during distance learning?
“I miss the team in general and being around the group of people that want to work and want to be in the water. [With sports canceled] I am not able to be in that environment and mentality.”

What is your biggest goal in this year’s upcoming season?
“Currently, the biggest goal is just to be back in the water with the team, but our end goal is to make CIF.”

What is your favorite show/movie?
“At the moment I have been really enjoying this show called Queen’s Gambit on Netflix.”

Do you prefer distance learning or in-person school and why?
“Definitely in-person [learning] because the whole school environment and being able to socialize and see your friends every day just adds so much to learning. I think it is something that everyone took for granted.”

Isaiah Espinoza (12)
How have you continued to stay in shape while being away from campus?
“I have been working out at home with my weight set and some of my teammates and I have been going to the park to get extra work in.”

Imani Lee (11)
How have you been able to stay prepared for the upcoming season while being away from campus?
“I have been playing [volleyball] for my club team and I work out as often as I can. I also play with my dad whenever I have the chance.”

Has quarantine given you more time to focus on volleyball?
“During the quarantine, I have not been not stressed about other extracurriculars, such as ASB or Choir. I would usually be spending a lot of time attending events or performances, but now I can spend that time either work out or get extra practice in.”

What does volleyball have planned for the near future?
“We are going to hold tryouts soon; hopefully by December, we will be able to reword our season. We are also going to start conditioning in the next week or so.”

As a captain, how do you intend to lead the transition for volleyball back to campus?
“I hope that I can motivate my teammates to be able to work and practice on their own. Even though we are having practices, it is crucial for the team to train on their own, so that we will be ready to start the new season.”

If you could only eat one food for the rest of your life, what would it be and why?
“It would be a pizza because you can eat a pizza for any meal. You could really put anything you want; it could even be dessert.”

Who is your celebrity crush?
“Tom Holland because he is a great actor and he is adorable. He also seems really nice and all the videos of his interviews are really cute.”

Gio Gudiel (11)
How have you stayed in shape while seasons have been postponed?
“I have stayed in shape by running on my own, and if I ever do meetup [with my teammates] we make sure to maintain a safe distance between us.”

Have you created a routine for yourself to stay prepared while being away from campus?
“Some of my teammates and I have been voluntarily meeting up pretty regularly, usually in the late afternoon to avoid the heat. If anyone is ever showing any symptoms [of Coronavirus], then they simply do not show up.”

What do you plan to accomplish once seasons start?
“Once our season starts, I think that the main goal is just to have a team that trusts each other; kind of building that whole “team mentality.”

If you could have dinner with anyone, dead or alive, who would it be and why?
“As weird as it is, I think I would have to go with Timothée Chalamet. I really do not know why.”

What is your greatest fear?
“I think that would have to be the people that I love getting hurt.”

Hannah Mizutani (11)
What are you looking forward to most in your upcoming season?
“I am most looking forward to seeing the creative ways that we can come together as a team since it has been a challenge for us to be able to practice.”

How do you intend to lead your team having had your season postponed?
“I intend to mainly focus on communicating with each other through different social media platforms and making sure that everyone is dedicated to water polo.”

What has been the biggest challenge for you being away from campus?
“I think it is mainly just people on the team that miss practicing with each other and helping them transition back into the pool and regular practice.”

Who is your favorite singer/songwriter?
“Without a doubt, my favorite artist is Lewis Capaldi. I have been a fan of his forever and his songs never get old.”